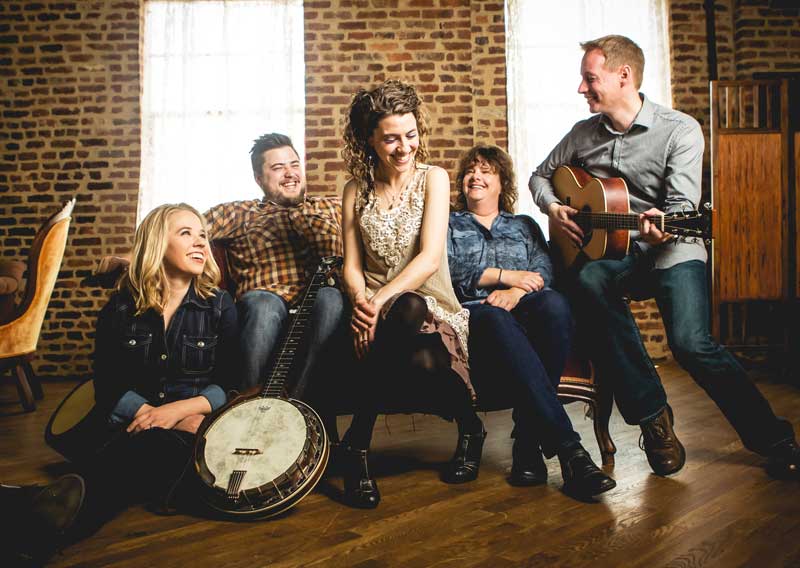 “Best of all, RUNA sounds like no one else!” – Travis Rogers, Jr., Music Life & Times

Quickly gaining recognition as one of Irish music’s new “super-groups,” RUNA has been en- chanting audiences by pushing the boundaries of Irish folk music into the Americana and roots music formats since their formation in 2008. Interweaving the haunting melodies and exuber- ant tunes of Ireland and Scotland with the lush harmonies and intoxicating rhythms of jazz, bluegrass, flamenco and blues, they offer a thrilling and redefining take on traditional music.

RUNA consists of vocalist and step-dancer, Shannon Lambert-Ryan of Philadelphia, Dublin-born guitarist, Fionán de Barra, Cheryl Prashker of Canada on percussion, Zach White of St. Louis on guitar, vocals and mandolin, and Maggie White of Kentucky on the fiddle and Mandolin.

RUNA recently released their fifth album, “RUNA: LIVE”, which was recorded at the BlackRock Center for the Arts in Germantown, MD on Thursday, March 17th, 2016. Receiving lavish praise on both sides of the Atlantic, the album has been hailed as “an incredible masterpiece” – Marcene Bronson, The Celtic Crier

Seeking to preserve and continue a traditional culture in a modern age, RUNA creates the backbone of its signature roots sound from the musical and geographical diversity of its individually established band members. Their strive for excellence and creativity blazes a trail for the future of folk music, earning them the reputation as one of the most innovative Irish folk groups of this generation.