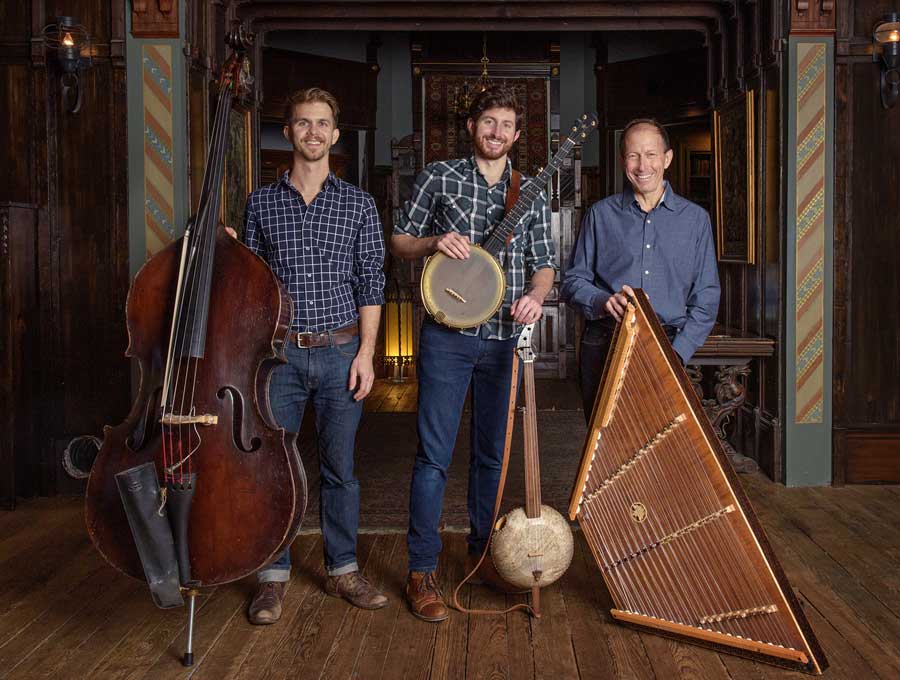 Regarded as one of the most influential hammered dulcimer players in the US, Baltimore’s Ken Kolodner has joined forces with his son Brad Kolodner, one of the finest practitioners of the clawhammer banjo, to perform tight and musical arrangements of original and traditional old-time music with a “creative curiosity that lets all listeners know that a passion for traditional music yet thrives in every generation.” The dynamic father-son duo pushes the boundaries of the Appalachian tradition by infusing their own brand of driving, innovative, tasteful and unique interpretations of traditional and original fiddle tunes and songs. Performing on hammered dulcimer, fiddles, banjo, gourd banjo, hammered mbira, guitar and banjola, the Kolodner’s have recorded three CDs. The father is well-known for his performing with the world music trio Helicon and his nearly 20 recordings. His son Brad is also a syndicated radio DJ working out of WAMU’s Bluegrass Country. Rounding out the quartet perform is Alex Lacquement (Charm City Junction, The Bumper Jacksons) who locks it all together with his creative bass playing. Now performing regularly with the Kolodner’s for the last three years is one of the best known old-time musicians, multi-instrumentalist Rachel Eddy (The Early Mays). The Quartet recently placed first out of nearly 50 bands from around the U.S. at The Neo-Traditional Band Contest at The Appalachian String Band Festival (“Clifftop”).