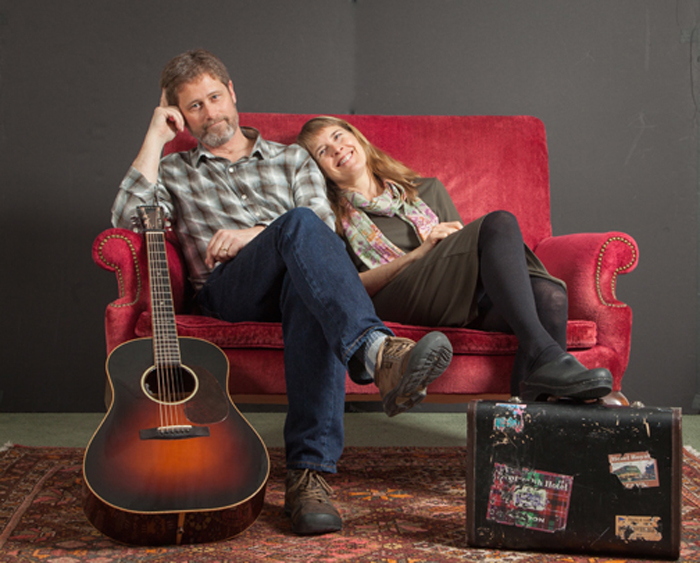 Drawing upon experiences of more than twenty years of touring, Dana and Susan craft a performance that conveys the mystery and wonders of their journey. Their unique blend of original songwriting and traditional Appalachian music, bring to their performances a deep understanding of America’s musical heritage, and how it relates to our contemporary lives.

A native of the Pacific Northwest, Dana relocated to New England where he discovered both a thriving songwriters scene and the deep well of traditional mountain music. In the early 1980s, Dana settled in northern Vermont and built a house “off the grid” on 30 acres near the Canadian border. There he founded a popular bakery, café and music venue. Dana launched into full-time touring after the release of his 1994 debut CD, Elemental Lullabye, and after receiving a request to perform at Carnegie Hall in New York City for Putumayo’s Shelter benefit project.

Susan grew up with her dad’s jazz big band rehearsing in the basement in Manchester, Vermont and learned classical piano as a child. As an adult she turned to oboe and Scottish fiddle. After Susan and Dana met in 2002, she took up old-time banjo and learned from the banjo-greats in and around Asheville, North Carolina. Since 2003 Dana and Susan have performed hundreds of concerts across the United States, Great Britain and Canada.

“Exquisite music – physical and spiritual, contemporary and ancient, up to its eyeballs in mud and transcendence. Musicians like Dana Robinson don’t grow on trees!”
— Music Upstream

“Rural America explored with elegant simplicity. Their music and cleanly poetic songwriting bring to mind the great folksingers of our times.”
– Asheville Citizen-Times

“Many songwriters have been heralded as modern day Woody Guthries or keepers of the American rural spirit, but that mantle might be better entrusted to musicians like Dana Robinson who embody both the heart and soul of folk music.” Dirty Linen