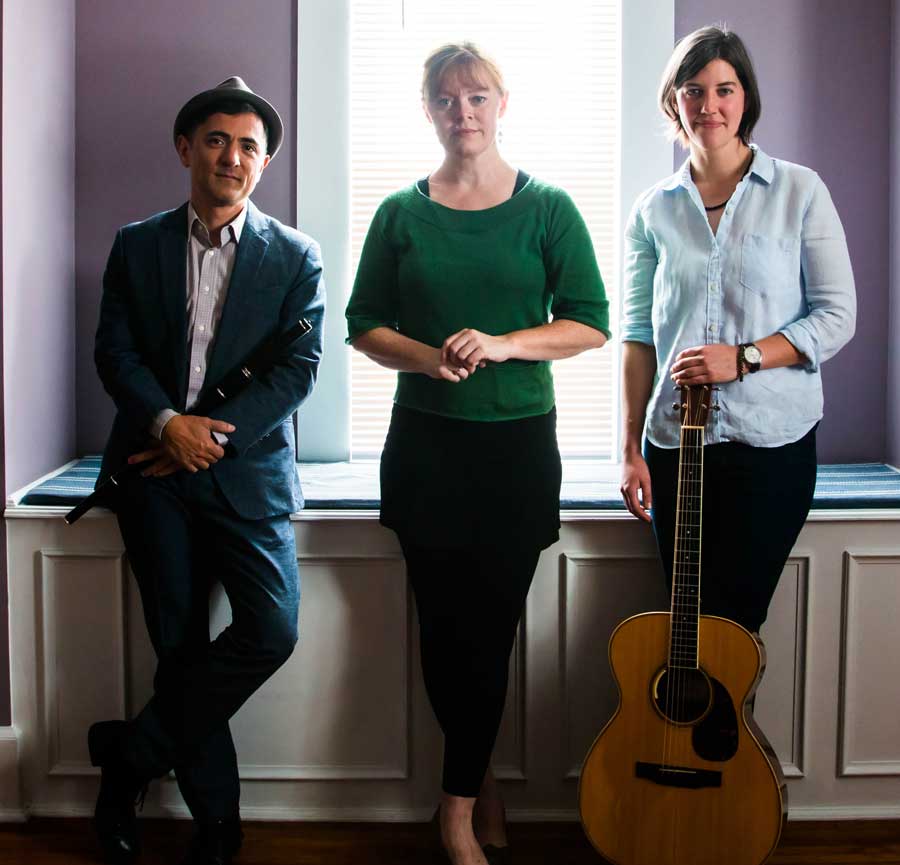 Vocalist Colleen Raney has been referred to as “among the best in her genre,” (Irish Music Magazine) and “one of America’s best traditional singers” (Tradconnect). This comes as little surprise given her dedication to the craft of performing and preserving the vibrant song tradition of Ireland. Raney is compelled by the beauty of traditional Irish songs and has committed herself to honoring the music not just with her voice, but in her tireless research of the origins, history, and story behind each piece before singing a single note.

Her ability to convey this love of Irish music makes every performance a captivating experience, no matter the setting. Raney sings with an enchanting yet unaffected style allowing the listener to enjoy her selection of songs whether they are familiar or more obscure.

Born into a family where Irish music and dance were part of the fabric of everyday life, learning songs from her older siblings was very much a part of Raney’s formative years. Colleen began her musical career with her oldest brother Mark, who studied with legendary singer and song collector Joe Heaney. After attaining her MFA in Acting from the University of Washington, and working as a professional actor for a decade, Colleen dove back into the traditional music world with her first album Linnet in 2008. Her 2013 release Here This is Home is without question one of the finest works in recent years.

Colleen has toured extensively, both at home and abroad. Highlights have included The KVMR Grass Valley Celtic Festival, Maine Celtic Celebration, Winston-Salem Celtic Festival, Juan de Fuca Festival of the Arts, and Seattle’s respected Northwest Folklife Festival, where she was a regular performer from 1980 to 2013.  Her music can be heard on radio from Italy, to Ireland, to New York, to Hawaii, to Japan and all parts in between.

“Among the best in her genre.” Irish Music Magazine, 2013

“Rarely is an artist as deeply entrenched in a musical niche as Colleen Raney able to present centuries-old music with an eye toward current and future listeners outside of the genre. By adapting and developing her voice, however, and by surrounding herself with a constantly-evolving ensemble of the best musicians the Northwest has to offer (Celtic-centric or otherwise), she manages to both credit her training and history, and stake claim as a serious presence in contemporary folk music.” Katie Presley, Bitch Magazine, January 2011

“Singing with a deep love for the tradition, and for the dark poetry of Celtic song, Colleen has been drawing new life from the old ballads and renewing our love for Celtic music.” Devon Leger, Hearth Music

“Raney brings a rich, hearty, and inviting voice – unmistakably American and without affectation or pretense – to her music.” Sean Smith, Boston Irish Reporter, May 2012

“Raney has an incredibly expressive voice – powerful, yet full of emotion.” – Jamie O’Brien, The Irish Edition

Award-winning singer and flute player, Portland, Maine’s Hanz Araki has been a prominent figure in the Irish music community in North America and beyond for nearly three decades. In that time he has released 10 albums, played countless festival stages, toured internationally, and collaborated with a number of well-respected musicians within and outside of the Celtic music genre.

Portland, Maine-based guitarist Bethany Waickman accompanies some of the country’s finest players, be it at dance halls, pub sessions, or on the concert stage. Bethany grew up in a musical family in the Adirondack Mountains of northern New York state. She started piano at an early age and played traditional and classical music along with her fiddle- and cello-playing brothers. She discovered DADGAD guitar tuning while attending Meadowlark, a folk music camp in Maine. There she studied with Keith Murphy, a well-known composer, musician, and influential practitioner of DADGAD. The modified tuning offers unique harmonies and rich drones well suited to supporting traditional music and to the driving, rhythmic playing for which Bethany is known.

Ryan Davidson is known for his powerful vocals and soulful style of folk storytelling. Raised in Northern California, Ryan began touring the US whilst still in high school. After a decade on the road playing rock-n-roll, he studied voice and jazz at the Bob Cole Conservatory in Long Beach, California. Shortly after he was accepted into the Irish World Academy of Music & Dance in Limerick, Ireland where he studied the Irish Bouzouki and received an MA in Ethnomusicology. Since returning home after two years of living and playing traditional music in the West of Ireland, Ryan has been utilizing his extensive background to tirelessly write, play, tour and collaborate with numerous songwriters and traditional artists.