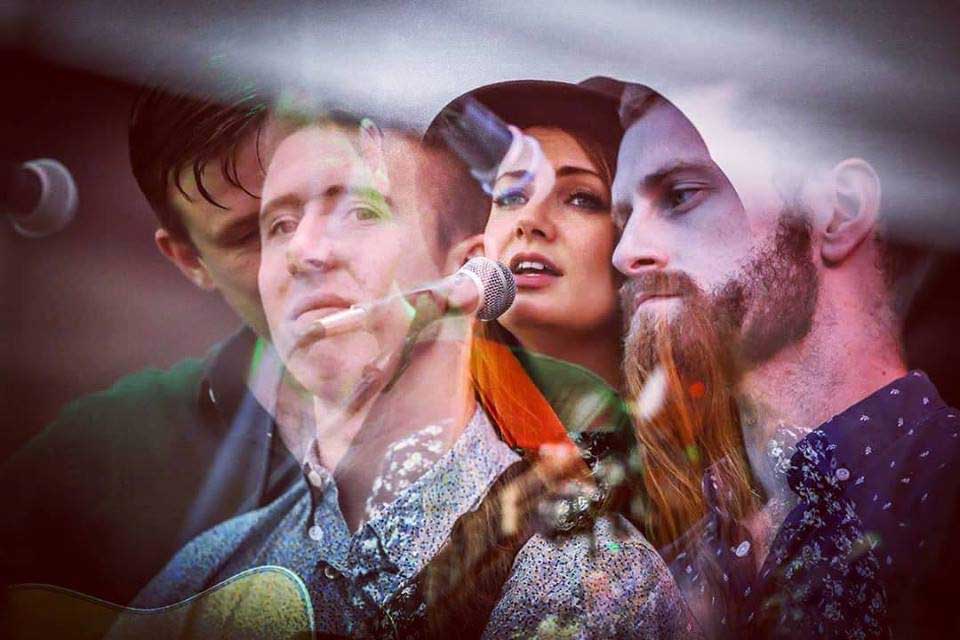 Her sublime voice is a thing of beauty that stops people in their tracks. Fragile and ethereal one minute and strong and vibrant the next, Dublin Folk singer-songwriter Aoife Scott has become a force to be reckoned with on the Irish folk and traditional scene.

With an impeccable pedigree as a member of the legendary Black Family, which includes her mother, Frances, and her aunt, Mary, Aoife is steadily rising to the top of the traditional and folk music scene, while garnering acclaim and recognition both here and abroad as she hones her craft. Fans of IFTA award-winning TV series, 1916 Seachtar na Cásca, will have been seduced by Aoife’s evocative singing, which packed a powerful emotional punch throughout all seven episodes of the landmark TV series. Other acclaimed TV appearances include BBC’s Imeall Geal, TG4’s An Nollaig Linn and Ceol na nOileáin, and Fleadh TV Live, and Aoife also featured as a presenter on “The Windmill Lane Sessions” , the contemporary Irish music programme for TG4.

Aoife gained invaluable international experience when she spent a year touring worldwide as lead singer with The Outside Track, whose marriage of Canadian, Scottish and Irish music and song has been rapturously received around the world. She has also performed with some of the finest acts on the folk and traditional scene both here and abroad, including We Banjo 3, Full Set, Sharon Shannon, Séamus Begley, Altan, Cherish the Ladies, Declan O Rourke, John Prine, and of course, the Black Family. Even ahead of the launch of her debut album last year, Aoife had become an accomplished performer and headline artist. She embarked on her first sell-out US tour in 2016. She was invited as an official showcase performer at the National Folk Alliance in Kansas City, and she also performed with the RTE Concert Orchestra as part of Culture Night. Other international appearances include performances at the National Celtic Festival in Australia, Mood Indigo Festival in Mumbai, and Germany’s acclaimed ‘Irish Folk Festival’ Tour.

Aoife has also toured with her band to worldwide destinations, including the UK, Ireland, Germany, Australia, India and the US. She performs as a four piece with flute player Eamonn Moloney, World Champion Bodhran player Conor Lyons and her partner Andrew Meaney on guitar and accordion. She represented Ireland in Udine, Italy, in the Minority Language competition, Liet International,a multilingual alternative to the Eurovision Song Contest. She was featured in an NPR documentary on the event, which was broadcast to an audience of 26 million people in the USA.

Her solo career was assuredly launched when she won the coveted Fastrack to Feis competition, which over 1,000 artists entered, and played support at the London Feis to Bob Dylan and Van Morrison, amongst other acts. Aoife, who speaks both English and Irish fluently, has been immersed in the music scene from an early age, from listening to her grandparents, mother, aunt and uncles making music around the fire, to observing the backstage workings of festivals both here and abroad. She moved to the west coast of Ireland several years ago, and her passion for the native Irish language spoken there is reflected in her choice of songs, including the first single “All Along the Wild Atlantic Way” from her debut album, ‘Carry The Day’. In 2016, Aoife released her debut album, Carry the Day, to critical acclaim and rave reviews with the Irish Times describing it as a “richly layered impressive debut album”. ‘Carry the Day’ is a folk album that is heavily influenced by Aoife’s passion for traditional music, and it contains a selection of stories the socially aware singer wanted to tell, some personal, and others historical and socially themed. Covering modern day female warriors to real-life heroines from the 1800s, two standout tracks include “Fásaim” which outlines Aoife’s thoughts on her brother’s marriage, to “We know where we stand,” a timely song for the 100th anniversary of 1916, which questions whether the men of that time even knew what their sacrifice would mean for Ireland?

Since launching her debut album, Aoife has embarked on a worldwide tour, captivating audiences throughout North America, Europe and Australia. She has headlined at some of the biggest festivals on the Folk and World music circuit including Port Fairy Folk Festival, Canberra’s National Folk Fest, Michigan Irish Music Festival and Germany’s Irish Folk Festival Tour. 2017 is shaping up to be Aoife’s most exciting year to date with plans already set in motion to begin recording some new material and a extensive tour of the United States organised for this summer, which includes a headliner spot at the world’s biggest Irish music festival, Milwaukee Irish Fest.

Aoife will be performing with guitarist Andrew Meaney, fiddler,banjo,mandolin and bouzouki player Cathal and Eamonn Moloney on flute.